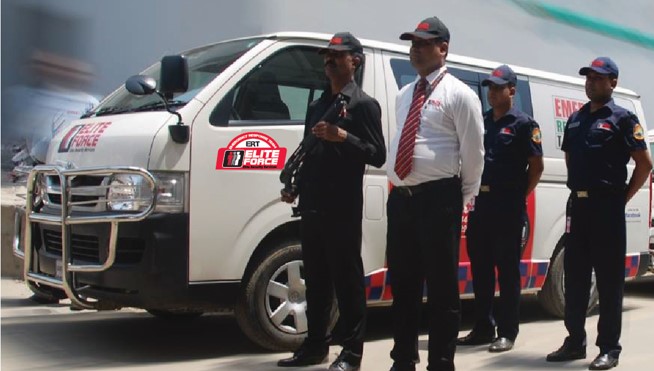 PERILOUS MISSION IN THE BAY OF BENGAL

Elite Force contingents (1 x Gunman, 4 x Escorts) have been contracted by Abdul Monem Ltd. to escort 35 lighterage vessels carrying raw sugar imported from Brazil & discharged by Mother Vessel ‘MV Calypso Colossus’. This is indeed an extremely perilous operation for Elite Force, which entailed going to the high sea and anchor by the side of the mother vessel located at Kutubdia Channel. Once loaded each lighterage vessel is being escorted through Sandip, Hatia, Chandpur, Kaligonj, Sonargaon, Narayangonj to Abdul Monem Ltd. Sugar Refinery Plant. En route there is a great danger of robbery, decoity, attack iscreants. Sometime the lighterage crews themselves are involved in inviting /informing the miscreants. That becomes a big threat / challenge for us. Elite Force has chosen some keen seafaring boys to beat back the miscreants en route. The Mother vessel is having 55,000 Metric Tons of raw sugar. There will be a saving of approx 1.5 crore taka if all the lighterage vessel can be escorted safely without any incident of decoity, theft or stealing en route. The weather has been very rough. But our boys have been brave enough to endure the rigor and hardship of the sea. We have contact numbers of Coast Guard, Riverine Police and District Police to seek their help in case of emergency/ requirement. With the blessing of Almighty the perilous mission is being accomplished with a high note of appreciation by the contractor. It is a great experience for us.

PERILOUS MISSION IN THE BAY OF BENGAL 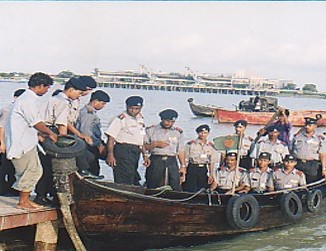 We have experience in the High Seas escorting vessels carrying clinker & salt from Chittagong to Narayanganj & Mongla. Earlier these vessels used to be attacked by pirates. We had effectively brought the miscreants at bay and had eliminated the threats. The client was a world renowned cement company by the name HOLCIM. Some Salt & Sugar producing companies also took our river escorts to protect their small ships.

We mobilized more than 120 security personnel for guarding to Corporate Headquarters (Tigers Den) at Gulshan and Medona Tower at Mohakhali During their employee agitation within 3 Hours’ notice. Our Response Team (ERT), Gunman Team & the Dog Squad created deterrent effect in the operation. Contingent from local police station and RAB were also participated to contain the situation.

Our clients think we are reliable and dependable in crisis / conflict management. In one incident an expatriate ran over a small boy somewhere in the suburb of Dhaka. For fear of being attacked by the angry mob he chose to leave the spot. We then came in the picture discreetly. The matter was resolved to the satisfaction of all concerned through completion of legal procedures and by conducting friendly negotiation and ultimately payment of compensation to the victim.

In another interesting operation we gave security cover to a French company operating in the Srimongal area. Though interesting, it again was a very hard and critical operation shifting camps along the railway track as work progressed. During the operation we had to negotiate hard with the Station Masters enroute to get clearance for the Engine before express trains at some price/incentive. Even then it took 34 days to cover the distance. Finally we gave safe passage to one of their LOCOMOTIVE which had to be escorted from Parbatipur Railway Workshop to Chittagong. Ultimately board a ship bound for the French port of Marseilles