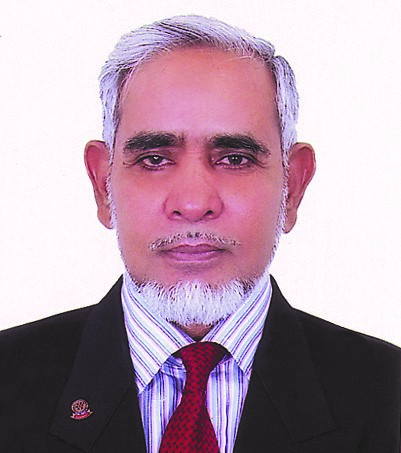 Maj. Mohammad Mustafa (Retd), Major Muhammad Mustafa (Retd) comes from a respectable Muslim family of PS- Mirsarai, dist- Chittagong. Major Mustafa (Retd) is a gallant freedom fighter officer of our Liberation War. He conducted Guerrilla Warfare in the areas of Jessore, Jenaidah, Chuadanga, Magura, Rajbari and Faridpur districts under sector No.8. At the end of war, Major General Ansary G.O.C, 9 Infantry Division of Pakistan Army along with his senior officers surrendered to him on 13th December 1971 at Faridpur Circuit House field. Immediately after the War, he was made Commander, Militia Camp at dist- Jenaidah for collection of arms/ ammunition and re-grouping all freedom fighters of those areas in early 1972.

Maj. Mohammad Mustafa (Retd) served 11 East Bengal Regt. from 1972 to 1975 as Adjutant, Quartermaster, Company Commander and 29 East Bengal Regt. (Div support) from 19975 to 1979 as Company Commander, Second-In-Command and Acting Commanding Officer in peace time as well as in Counter Insurgency Operation in Chittagong Hill Tracts. He also served 69 Infantry Brigade as DAA & QMG from 1980-81, when the Brigade was deployed in Counter Insurgency operation in Chittagong Hill Tracts. During his tenure of service, he attended and completed many training/courses of military tactical, strategically, administrative, man-management and security subjects of professional nature.

After retirement from Army, he served in Bangladesh Can Company Ltd a unit of B.S.E.C in Managerial Capacity for two & half years. There he attended and completed many training/ courses from 1982-85: From 1986 till date, he has been doing his own business in trading, Gas Pipe Line Construction, Civil Construction etc and also engaged actively in Socio-Political activities. He attended many seminars, workshops and symposiums at home and abroad. The notable ones are: Sales and marketing management, Financial Management, Personnel /men management, Marketing management at higher level, Textile Dyeing, printing and finishing, Entrepreneurship, Behaviour Modelling for productivity under AOTS, Japan.

He is a keen Rotarian of Rotary International. He has travelled many countries. Major Mustafa is a man of personality and widely experienced in his profession and vocation as well as social activities. He is a disciplined, sincere and hardworking man with proven zeal, efficiency and determination. With his profound reputation, experiences and exposures, he is also committed to organise a private security services and logistic services as an Executive Director (Chittagong) of M/s. Elite Security Services Ltd (Elite Force).