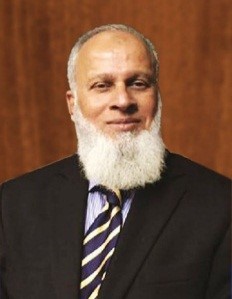 Brigadier General Sharif Aziz, psc (retd) is one of the renowned officers of the Bangladesh Army. He is extremely hardworking, a known workaholic, with dogged persistence.

Brigadier General Sharif Aziz has contributed prodigiously to give shape to Security Services in Bangladesh. He is an outstanding organizer. Over the years he has acquired profound experience in organizing Private Security Services in Bangladesh. It was a commendable achievement of Brigadier General Sharif Aziz to convince CISCO, the Auxiliary Police Force of Singapore & Ceylinco of Sri Lanka to form the first Jt-Venture Security Company in Bangladesh with a local Security Company.

Brigadier General Sharif Azizachieved distinction in number of courses in intelligence & security. He was awarded the prestigious symbol of ‘psc’ from the Malaysian Armed Forces Staff College in 1981. He is also a graduate of Resource Management Centre, California, U.S.A. He took a Mid-Level Management Course from Institute of Public Administration, Malaysia. He led the Bangladesh Military Delegation to Pacific Management Seminar in 1992, held in Hawaii, U.S.A. He was invited by the Netherlands Government to attend a 3 weeks Export, Marketing and Management Seminar by CBI in 1994 (Centre for Promotion of Imports from Developing Countries.

Some of the high lights of his career included tenure as the Commanding Officer of the President Guard Regiment, Command of Brigade in the insurgency area of Chittagong Hill Tracts, ADC & Private Secretary to the President, Instructor Military Academy; Principal Staff Officer in the Divisional Headquarter, President Inter Service Selection Board. His tenure in the President’s Secretariat gave him valuable experience and exposures to comprehend matters at the national level.

Brigadier General Sharif Aziz is widely travelled. He visited more than 40 countries and participated in many international seminars & conferences in USA, Canada, UK, Kenya, Malaysia, Italy, France, Singapore, Thailand, China & Netherlands. He had also the rare opportunity of visiting the Pentagon, the Headquarters of US Armed Forces in Washington.

Though new in business,Brigadier General Sharif Aziz has earned good reputation because of his integrity & honesty of purpose. He has built up an excellent track record in the Real Estate Business. Brigadier General Sharif Aziz is a kind-hearted person, with strong religious belief! He is a keen Rotarian and a universal Blood Donor. He has special knack for Security & Intelligence and that is why he is leading the “ELITE FORCE & ELITE LOGISTICS”